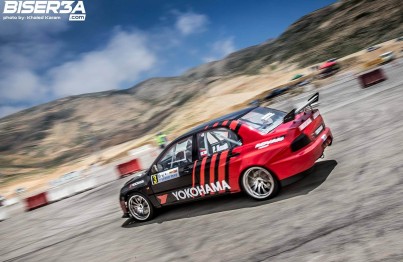 Paul Kossaifi has confirmed that he will be racing a Mitsubishi Evo IX in the Lebanese Hill Climb Championship and Lebanese Speed Test Championship this year.

In a conversation with Biser3a.com, Kossaifi said: “After talks with my sponsor Yokohama, we decided to switch from the BMW to the Mitsubishi. I’ve driven the Evo before in the Speed Test championship, but Hill Climb is different.”

Paul doesn’t have a target for the Hill Climb championship, but he has confidence in the work his team is doing.

“It’s a new project for us and I’m confident in the work we’re doing, but we have no clear target yet because it’s the first time I’m gonna compete in an all-wheel drive car in a Hill Climb. As for the Speed Test championship, the aim is definitely to defend the title.”

“I would really like to thank my sponsor Yokohama for the support and the whole team for the great job they’re doing. Also, big thanks go to George Mouannes, Naoum Oneissy and Mazen Zgheib for their help.”

Paul carried out a test in Deir El Qamar onboard the Evo IX in preparation for the new season, which is scheduled to kick off in early June.