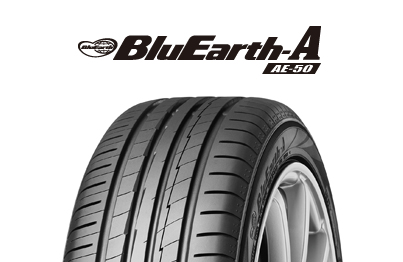 Tokyo—The Yokohama Rubber Co., Ltd., announced today that from this January it has begun supplying 17-inch (215/65R17 99V) “BluEarth-A AE-50” tires as original equipment (OE) for the Tiguan to be sold in Russia. The Tiguan cars are being manufactured by Volkswagen AG’s local subsidiary Volkswagen Group Rus. The supply of 17-inch tires follows on the supply of 18-inch (235/55R18 100V) “BluEarth-A AE-50” tires that began in June 2017.

Developed under the “YOKOHAMA Pursuit of Driving Pleasure” concept, “BluEarth-A AE-50” tires are fuel-efficient tires featuring excellent wet grip and other functionalities that deliver superb driving performance and comfort in a wide range of road conditions. Volkswagen’s high evaluation of the performance of “BluEarth-A AE-50” tires led to the brand becoming the first YOKOHAMA tire selected by Volkswagen Group Rus., as OE back in November 2016 when two sizes—205/55R16 91V and 195/65R15 91H—were adopted for use on the Jetta in Russia.

The “BluEarth-A AE-50” tires for the Tiguan and the Jetta are being manufactured at Yokohama Rubber’s Russian tire manufacturing and sales subsidiary, LLC Yokohama R.P.Z., which was established in December 2008. The subsidiary began production near the end of 2011, making YOKOHAMA the first Japanese tire maker to manufacture passenger car tires locally in Russia. The Russian subsidiary has since increased its plant’s capacity to 1.6 million tires a year, a 2.3-fold increase from the plant’s capacity upon the start of operations in 2012.