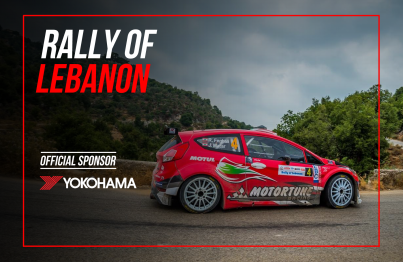 Yokohama is again pleased to announce its official sponsorship of the 39th Rally Of Lebanon, organized by ATCL Motorsport. Yokohama has been sponsoring the event for the past 3 years now.

Rally of Lebanon receives a lot of coverage from a variety of media, including television, newspapers, magazines and websites.

The 39th running of Rally of Lebanon will officially kick off on Friday, September 2 with a 2.56-kilometer super special stage (SS1) at the RPM circuit in Mtein at 17:30, followed by two full days of special stage action.