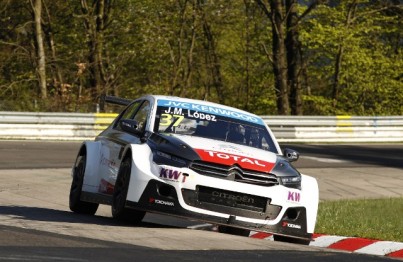 The FIA sanctioned World Touring Car Championship which has Japanese tyre manufacturer YOKOHAMA, as exclusive Tyre supplier will bring some changes for the 2016 season.

While the FIA World Touring Car Championship’s much-revered twin race format remains for 2016, the structure will change. Race 1 and Race 2 will be replaced by the Opening Race and the Main Race. In an additional tweak to the rules, the grid for the Opening Race will be decided by the results of Qualifying Q2 with the fastest 10 drivers lining up in reverse order.

The grid for the Main Race will follow the combined qualifying classification order with the battle for the Pole Position Award being fought out by the five drivers contesting the Qualifying Q3 shootout.

In order to further increase the importance of the Main Race, the distance will be extended by one lap with the exception of Nürburgring Nordschleife Main Race, which, like the Opening Race at the German track, will be run over three laps.

The changes are expected to ensure each race weekend builds up to a dramatic finale with fans in attendance on location and for those watching on television, anxiously waiting until the end of the day for the ‘big’ moment.

Furthermore, the spectacle of the Opening Race will be enhanced with independent racers still aiming for victory as the factory drivers weigh up the pros and cons of pushing all-out for early success from lower down the starting order or strategically waiting to chase the win from what is likely to be a more favourable grid slot in the Main Race.

With 11 venues already confirmed in the calendar for 2016, classic racetracks in Motorsports will mean the FIA WTCC will visit at least France, Slovakia, Hungary, Morocco, Germany, Portugal, Argentina, Japan, China, Thailand and Qatar. There is also the possibility of an additional race, though this is still to be decided by the promoters.