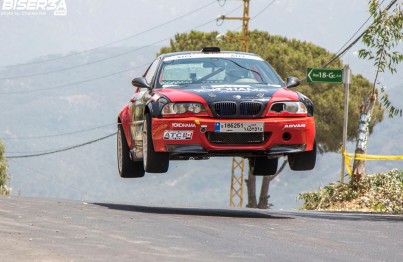 The Lebanese Hill Climb Championship came to an end, with Team Yokohama securing the 2nd position in the RWD (Rear-Wheel Drive) category.

Garo Haroutiounian and Paul Kossaifi were locked in a battle for rear-wheel drive supremacy, and it was the former who prevailed in the end by finishing ahead and snatching the title as a result.
Both drivers exchanged the title during the heats of the third and final round of the championship, held in Baabdat, but Garo Haroutiounian managed to overpass Paul Kossaifi by 88/100 of a second to clinch the title and preventing Paul and Team Yokohama from a back-to-back championship title. Paul settled for the 2nd place.