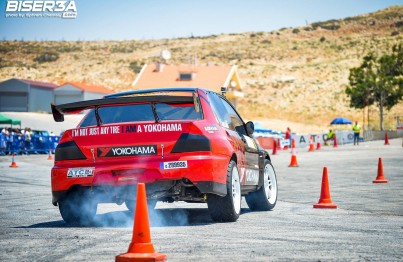 The third round of the 2016 Lebanese Speed Test Championship came to an end this afternoon in Kfardebian with Paul Kossaifi scoring a second consecutive victory.

Kossaifi was in a class of his own in the Mitsubishi Evo IX, clocking 2 minutes 14.42 seconds to finish almost 3 seconds ahead of closest competitor Nemer Aslan, who ended up 2nd overall and 1st in the Super Series category.

Garo Haroutiounian rounded out the top 3 and finished 2nd in the Pro category, whilst Xavier Massaad completed the event 4th overall and 2nd in Super Series.

Osmat Saifi won the RC2 cup, and Georges Chidiac triumphed in the RC4 cup; the L/1 category was won by Ghada Chebli and the Ladies Cup by Emilie Feghali.